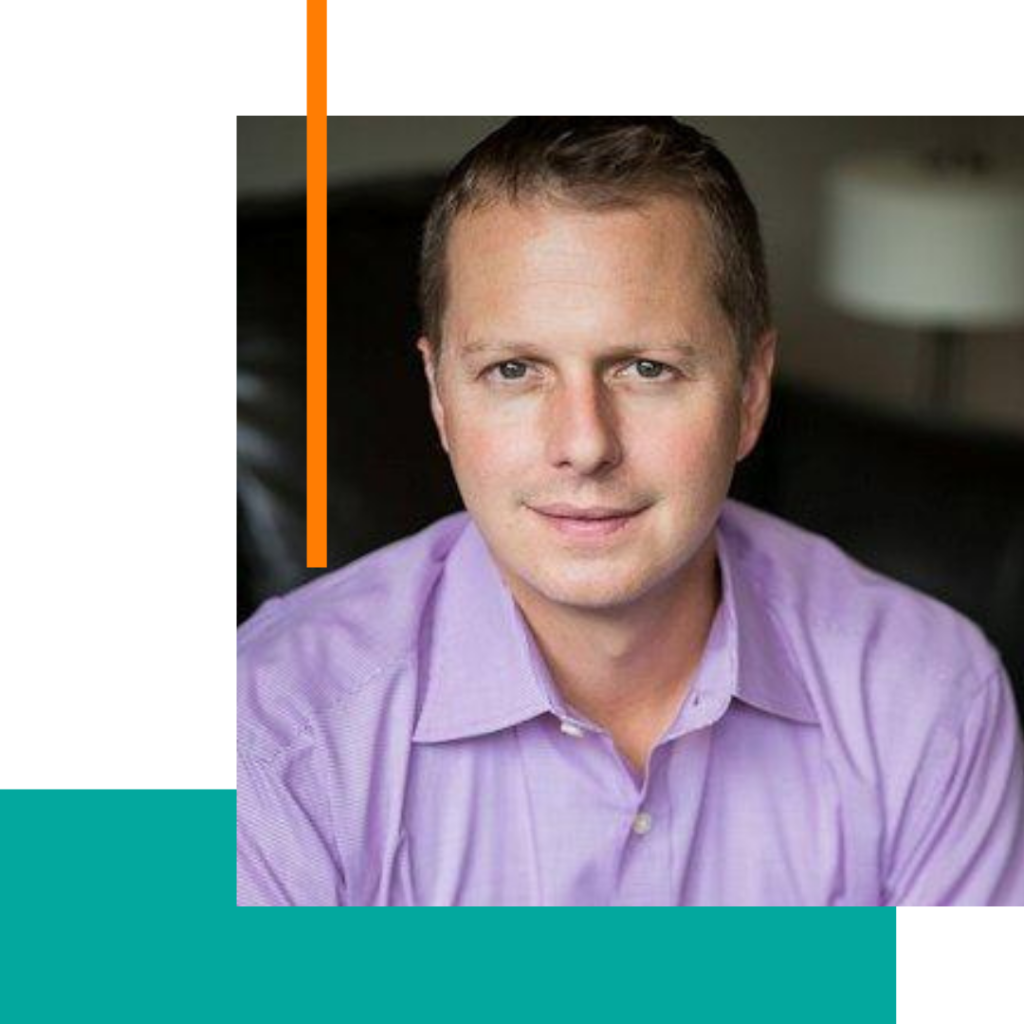 Jason, a former sports anchor fulfilled his childhood dream of interviewing top performing athletes like Tiger Woods and Arnold Palmer. He now runs one of the most successful real estate teams, Jason Martin Group in Washington, DC. His firm has been featured in the Wall Street Journal as one of the top teams in the country.

“This Is Your Captain Speaking” is a collection of lessons and wisdom that Jason has learned throughout his life and career. In his book, Jason shares the importance of discipline, hard work and chasing one’s dreams — told through the lens of a father and family man sharing his life and journey with his loved ones.

Jason also considers himself a meteorologist as well as a doctor. He has no formal training in either subject; he simply believes that he can predict your medical condition better than the doctor. As a predictor of weather, he makes his own snowfall predictions that he feels outper- form those of local meteorologists. Jason also considers himself an athlete, playing old man basketball several times per week.

Jason’s family will absolutely confirm his beliefs and they will also absolutely confirm he has no idea what he is talking about. His self-proclaimed titles might seem a bit suspect, as they are frequently questioned by the Martin family. His family often scratches their heads, wondering how his confidence came to be. However, one thing they never question is Jason’s love for them.

Jason’s family is his number one priority in life, and nothing is more important to him than the moments and memories they create together.

Jason is a husband and father of four children. He and his wife, Jennifer Spatz-Martin, reside in Alexandria, Virginia, with three human children. The fourth sibling in the Martin family is Scooby the dog, a.k.a. Mister Furry. Jason’s approach to life is quite simple. He wants to be the best husband and father he can be—that’s how he defines success.

This Is Your Captain Speaking

Life Lessons from the Journey So Far

One day I will leave this earth, as we all do, and this book shall serve as a reminder of who Dad was: my beliefs, my priorities, and my core values. I am perfectly imperfect – as we all are. I am proud, I am humble, I am grateful, I am a husband, and, above all else, I am Dad. I know this letter sounds like I am writing from my deathbed, but I am not. I am so alive, and I am full of life.

Scott B. Allan

Life Lessons Every Father Must Pass Down to His Family...Highly Recommended!
Read More
"This is Your Captain Speaking takes you and your family on the deepest journey imaginable. Learn the greatest life lessons and best tips and principles for navigating life’s roadmap. Build your legacy and teach your children the strategies and lessons to lead a fulfilling life!" This is a fantastic book that takes you on the journey to teaching your family everything they need to know about life's values. I absolutely love the authenticity in this book and would highly recommend it to any father who wants to teach his children how to thrive and be successful in this life. This is your captain speaking is not just another self-help book. It's a book about family values: How to Succeed in Business and in Life and teaches you everything you need to know about how to start out the right way. The author's authenticity really shines through in the letters that he writes to his family and his children. By reading this book you'll become enlightened and highly motivated to create a system of letters that you can give to your family, a legacy of sorts that they can follow and become the best versions of themselves. This is a highly recommended read for anyone who has a family or is thinking about creating a family.

Chad K. Smith

What a GREAT Book!!
Read More
As a passenger on Jason’s journey, I am reinforced why people, family, and God are so important!! I couldn’t put this book down! There’s lots of excitement, comedy, and a refreshing reminders throughout this book on how we should live life with a purpose. I can’t wait for the next one because I read this book faster than any book. I highly recommend this book!!

Karl Barth

Good book with some inspiration
Read More
I really enjoyed this book. As someone who often focuses a lot on the negative parts, this book helped open my mind up to focus more on positivity and finding happiness. The author offers up life lessons from his experience that make you think. Not in a judgmental way either unlike other self help books. These life lessons can be applied both personally and professionally.

Doug BrockColonel United States Air Force
Read More
“Over the years I’ve gotten to know Jason Martin, Super Realtor, then Super Friend, now Super Dad. This is a fun and uplifting read. It not only gives the reader insight into the Martin Express but some real gold nuggets for life. What’s on your precious memory wall?”

Abby MaslinAuthor, Educator
Read More
“This is Your Captain Speaking is a dedication to life, family, and the pursuit of being truly alive. It’s a story about what endures: the lessons we fight to learn, and the ones we are destined to pass on. With humor and abiding love, Martin’s words remind us to dream big, feel deeply, and savor the extraordinary gift of a human life.”

Mark BattersonNew York Times best selling author of The Circle Maker, Lead Pastor of National Community Church
Read More
“Everyday is a gift that we must not take for granted. Tomorrow is tomorrow, but today has the possibility to provide a lifelong memory. As a father and husband, Jason doesn’t want to miss a single precious moment, This Is Your Captain Speaking is a legacy for his family that they will cherish for many years to come.”

Eric WatersHead Athletic Trainer Utah Jazz
Read More
“They say you should change your job or your course in life a few times during your working years. Jason has done that and forged his way to success through honesty, integrity, hard work and support from his family. In this book you’ll find some great lessons on how to succeed . . . and do it the RIGHT way.”

Lindsay Hutter

Family and fatherhood are critical to a healthy, vibrant culture and society
Read More
Some roles in life we inherit. Others we choose. Jason Martin has a rich combination of both, and he lives them all with a deep sense of love, duty, positivity and purpose. For those of us that understand the importance of fatherhood and the need to lift it and encourage it, we now have a wonderful book that we can share with others. This is an engaging book for fathers that might need a refresh on keeping their focus and spirits up or new fathers just starting their journey. As someone who is a neighbor of Jason and his family, I can say firsthand that this is a very authentic representation of how Jason serves as captain of the Martin family!

Julia M. Fisher

A heartfelt, refreshing lesson in self-growth and the importance of a strong support system
Read More
I couldn't put this book down and ended up finishing it in one sitting! Jason speaks with such passion, love, and dedication throughout this delightful book. I especially enjoyed the "Lessons" at the end of each chapter - they helped emphasize and focus the deeper meanings behind the anecdotes that Jason shares about his childhood, his friends, his family, and his professional life. Jason makes clear that the path to realizing your dreams does not have an expiration date - as long as you continue to work on yourself, and as long as you continue to show love, support, and dedication to the team of friends and family supporting you, you can achieve anything.

Renate Mesmer

Wonderful Read!
Read More
A very heartfelt and personal story about life, goals and family. A wonderful upbeat book which tells us that everything is possible. Everyone can reach their goals! Make a plan and believe in yourself. Thank you Jason for an extremely inspiring story.

Lori Lee

Sharing stories and life lessons
Read More
Jason does a beautiful thing reminding us what it looks like to put family first and teach them ideas to help them be the best possible people. This collection of life lessons is filled with love and great advice. I personally have been inspired to take action to show my kids, daily, that they are loved. I've also been reminded of the importance of sharing life strategy with my kids. Thanks Jason.

Timothy McGraw

So Relatable and Powerful Life Lessons
Read More
This book is jam packed with life lessons that anyone can relate to. Jason superbly demonstrates that every day is a gift! His story telling is funny and heartfelt. I truly enjoyed his book and I'm a better father and husband after reading it.

Adele Pastre

PMA ~ Positive Mental Attitude
Read More
Thoroughly enjoyed reading this Author's views on hard work, success, and above all family comes first. I concur with the lessons after each chapter and look forward to Jason Martin's next publication.

Randy Christman

Solid Book on Life's Lessons
Read More
First and foremost, Go Gamecocks! Second, I am proud of my man Jason for what he's accomplished in writing his first book. Too often we're waiting for the exact right moment to share a life's lesson or it's not on the tips of our tongues when the moment arrives. Jason's done an excellent job creating a 'pocket manual for life', something he created to be shared with family and friends that will endure. There are some great nuggets in here- PMA is my fav. Read it, share it.

Chris Montgomery

This book is both a challenge and an inspiration to live out the priority of love and family!
Read More
Jason Martin has a gift for reminding us of what is important in life; love for family and living out that priority. I cried, I laughed, and I resolved to make some changes that reflect that same priority in my own life. "This Is Your Captain Speaking" is both a challenge and an inspiration!

Bobbie

Inspiring practice How-to book
Read More
I enjoyed the positive outlook and practical advice of this book. The lessons delivered with stories about Jason’s life and family made the information personal and enjoyable to read.

Dianne Martin

Knowing what's important in life
Read More
This book is funny, engaging and full of terrific life lessons. A quick read with many great quotes to remember.
Previous
Next

Jason has been Featured on 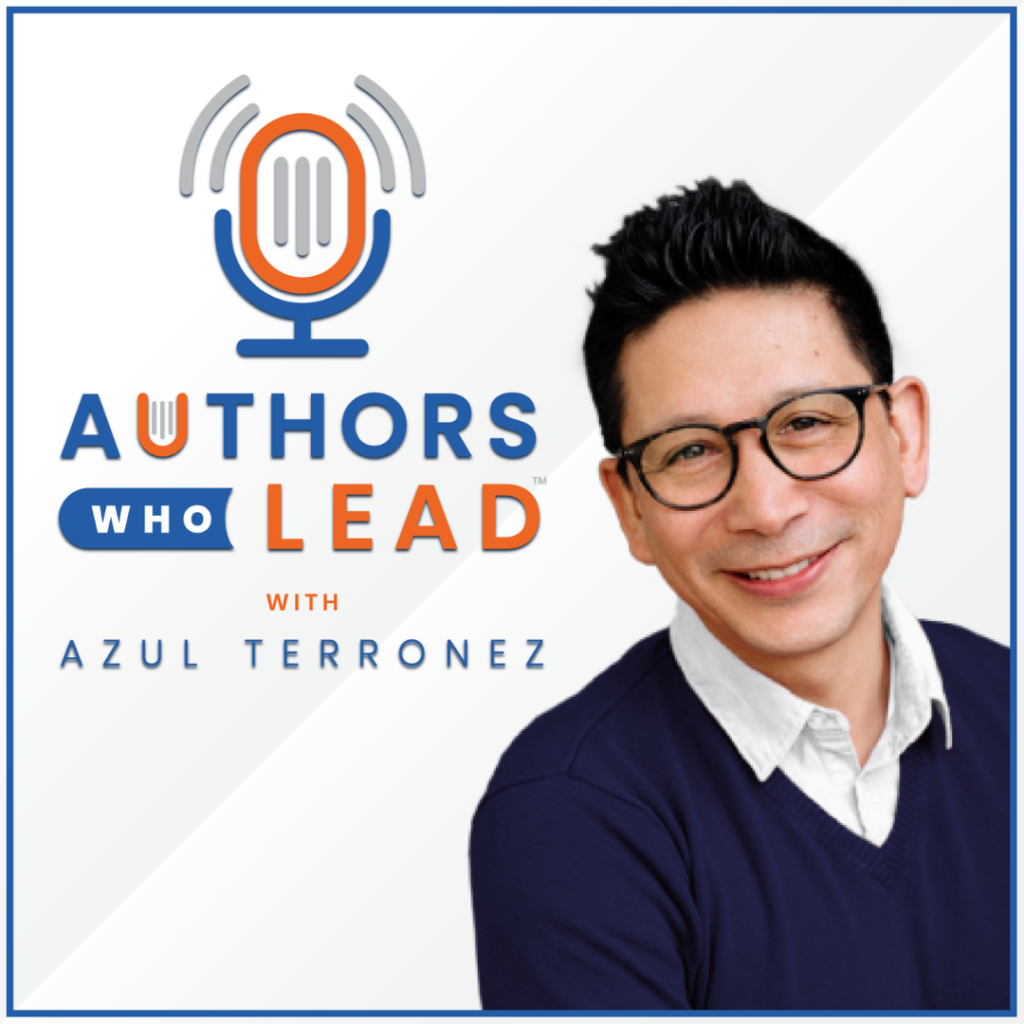 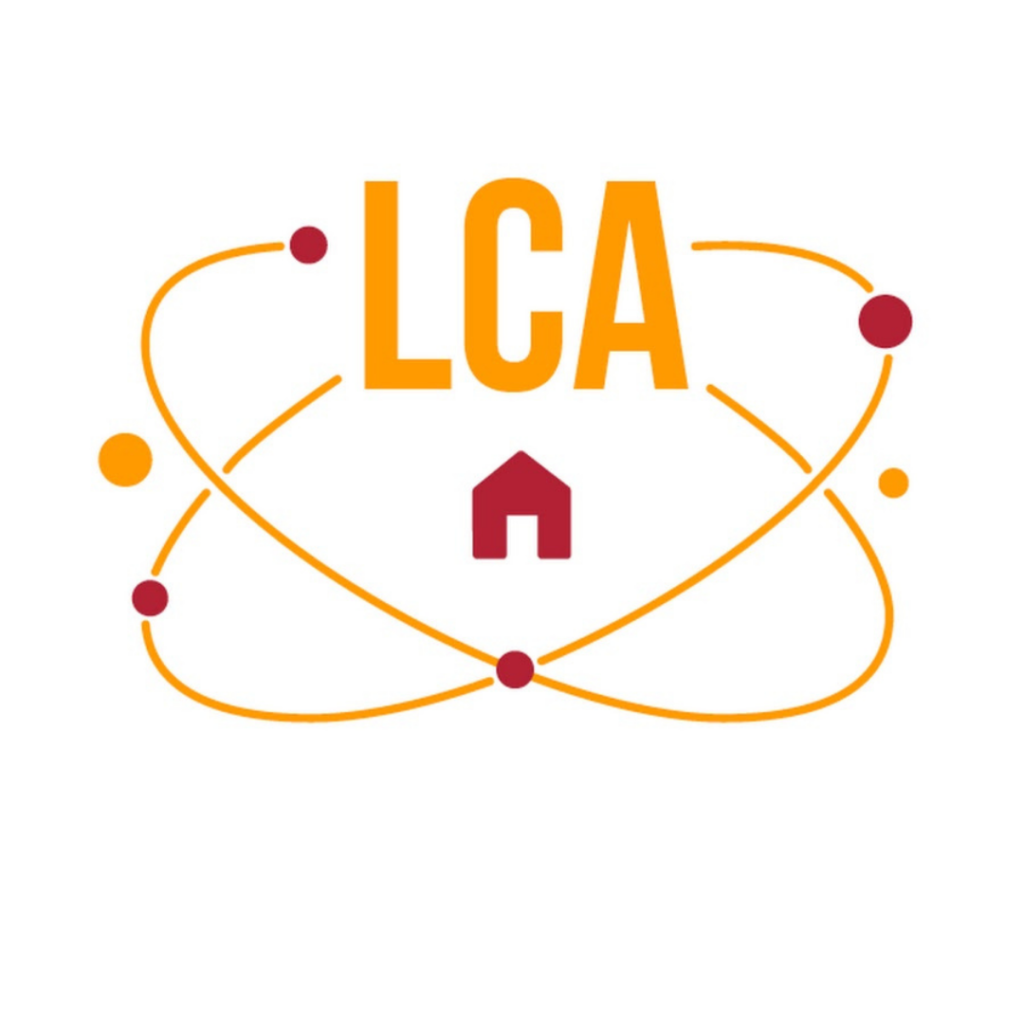 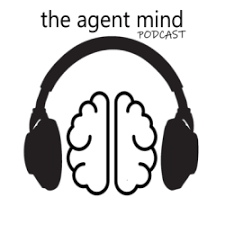 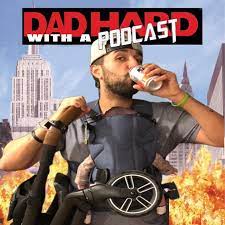 Dad Hard With A Podcast with Mo Greene 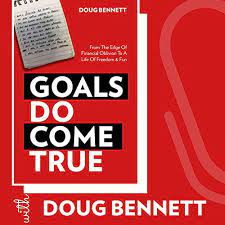 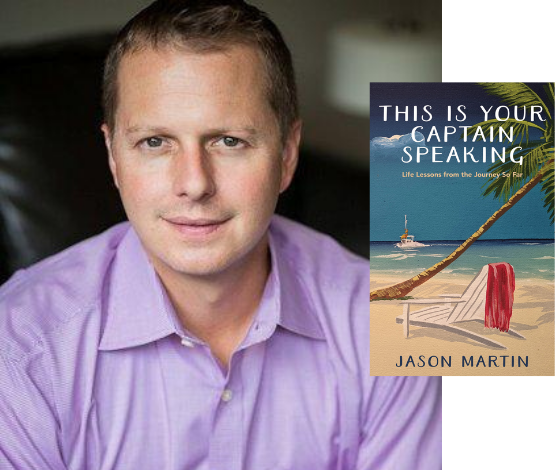 Download Jason’s one page media information which includeshis bio, social handles, topics he can speak on and fun facts

Download Brad’s one page media information which includeshis bio, social handles, topics he can speak on and fun facts

Topics Jason Can Speak On 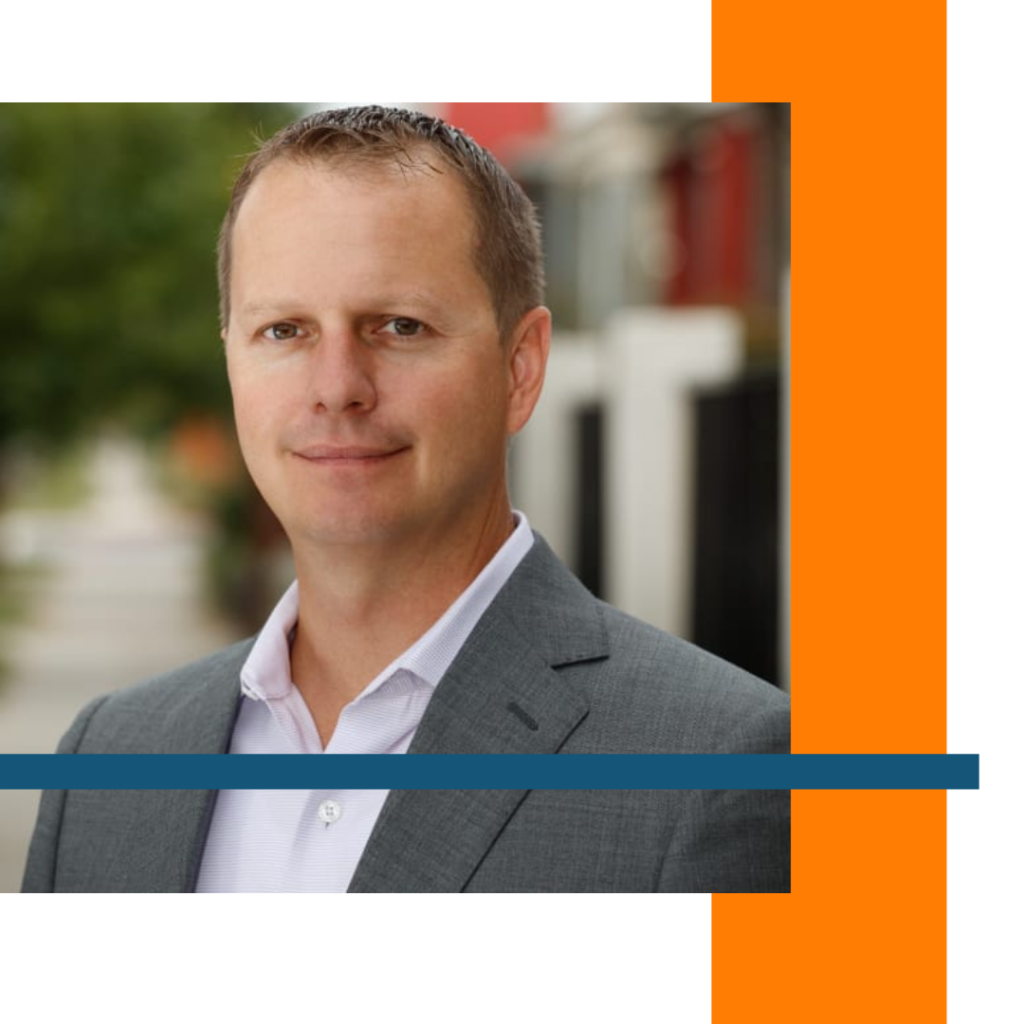